← more from
Silent Kid Records
Get fresh music recommendations delivered to your inbox every Friday. 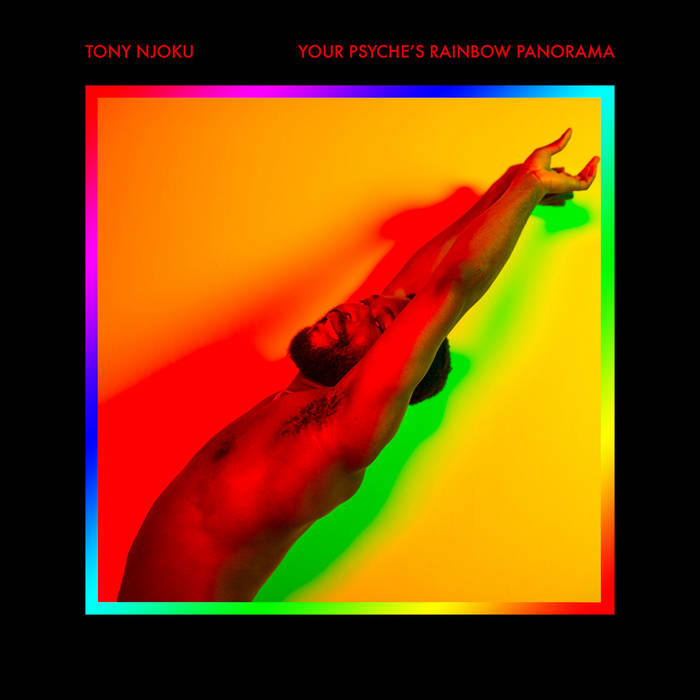 Rrrrrose That album is so deep, sexy, and unsettling. There are beautiful ideas everywhere. Drums and voice are incredible. One of the best album of 2019. Favorite track: HAPLESS.

The album finds Tony at a creative apex, able to communicate and interpret the entire spectrum of human emotion through music, with each track embodying a different feeling or emotion being laid out as the pathway for a journey through playfulness, pain, elation, insanity, empathy, anger and acceptance.

Taking inspiration from a work of Icelandic artist Olafur Eliasson; a 150 metre -long, circular glass walkway in Aarhus entitled ‘Your rainbow panorama’. ‘Your Psyche’s Rainbow Panorama’ transposes its impressive magnitude and ambition of the work into a visceral, living album that is crafted to be felt as much as heard. This is by far Tony’s most diverse, expansive and wholistic work to date.
The motto for this album is “feelings are facts”, derived from the title of another popular art piece by Olafur Eliasson. The purpose of the piece is to heighten your sense of disorientation whilst experiencing it, which triggers a more visceral/instinctive reaction rather than an intellectual response to the work. With YPRP I’ve tried to do the same, it’s meant to be experiential rather than narrative.” Tony Njoku

The experiential nature of ‘Your Psyche’s Rainbow Panorama’ is evident from the very beginning, with the disorientating ballad ‘NAÏVE AND APPREHENSIVE’ which conjures the subversive pop mastery of Moses Sumney or serpentwithfeet before giving way to Tony’s angular groove. On ‘CONFIDENT’ Tony adopts a confessional, diarylike intimacy underpinned by whirring synths which dissolve into effervescent chaos.

There are moments of genuine alleviation and euphoria to be found on tracks like the borderline hymnal ‘GLORIOUS’, where Tony’s elastic falsetto is pushed to the fore atop gliding instrumentation as well as on the refrain on ‘RAPTURE’ and closer ‘NOSTALGIC AND APPREHENSIVE’ where touches of Thom Yorke and Yves Tumor can be felt as they get scattered through Tony’s prism. ‘HAPLESS’ is an energetic and free flowing track pulling together Tony’s incandescence with touches of Young Fathers’ unflinching tribal pop.

‘Your Psyche’s Rainbow Panorama’ is the work of an artist operating at their full capacity, perfectly encapsulating all the tumult and fleeting human connections of life within digital age.

All tracks written and recorded by Tony Njoku

Except
1. NAIVE & APPREHENSIVE (Written and Recorded by Tony Njoku, with additional drums by Tania-Kristin Skaptadottir Ballentine)

10. INSECURE (Written and Recorded by Tony Njoku, with additional vocals from Oliver Rudge)

Tony is a British-Nigerian electronic music producer and songwriter from London.Raised in between Lagos and London the twenty-three year old has always been a frequent globetrotter with the breadth of his travels reflected in his music.His self-penned and produced songs have been described as 'strikingly evocative soundscapes,managing to make even the shortest pop songs sound like epic adventures. ... more

Bandcamp Daily  your guide to the world of Bandcamp